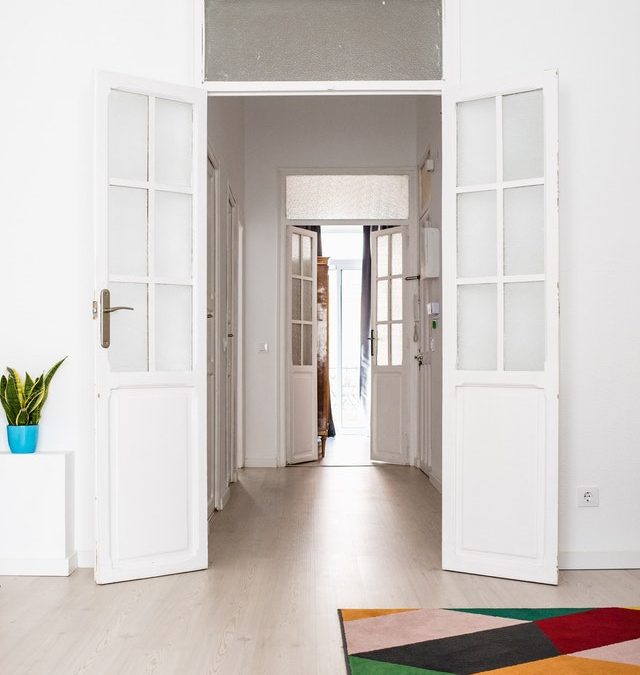 Doors can be windows to your soul…. or maybe they can just be a window to your home or business. In a nutshell, doors are an entryway, a welcoming point. We all have doors in some areas of our lives, and most of us cross the thresholds of multiple doors a day.

We close the door, we lock the door, we open the door, we swing the door, we knock on the door, and we peek through the door. You name it, a door has probably experienced it. We use doors to display our personalities, to welcome people, for privacy and to keep out danger.

There are so many uses for doors. Some doors are also used as fire safety while other doors are used for only aesthetic purposes.

This time, we thought we would keep it fun and entertaining. We’ve come up with some fun facts about doors that are lighthearted and interesting and we want to share them with you.

Did you know that in parts of the world, there is a tradition for New Year’s Eve revolving around doors and windows? The belief is that at midnight, your doors and windows should be opened. This open door is a sign that you are ushering out the finishing year and gladly welcoming the near year.

Whether you are superstitious or not, this is a fun tradition with a lot of meaning behind it. Let’s face it, we have had rough years and this one, 2020, has been exceptionally challenging for many. Try it… open doors and windows to welcome a promising fresh start of a new year.

In Ireland, this tradition also includes greeting your neighbors and wishing them a happy new year as they also open their doors for the same reasons.

Garages have been around for a lot of years. Before the overhead door was invented, people had to get out of their vehicles and manually open a set of double doors and then get back into their vehicle to pull in.

This could quickly become an issue, particularly if the weather was bad. One young man was simply tired of this nuisance and took action. In 1921, C. G. Johnson invented the overhead door and was the initial founder of the Overhead Door Corporation.

He created a garage door that opened upward, making the opening motion much easier. At the time, it was still a manual opening process, but it solved a major problem for parking cars that at the time were a major luxury.

While most of us may never use or see a false door, they do exist. In some areas, false doors are a decorative piece while in other areas, they may have once led to a location. Whatever the case, false doors don’t lead anywhere and they probably don’t open either.

In ancient Egypt, a false door was believed to lead to the afterlife. While we may find no use for such a door, they believed that those who passed away could use those doors that were seemingly useless otherwise.

NASA is the home to the largest door ever created, which makes sense. In the vehicle assembly building at Kennedy Space Center, NASA has doors that measure 456 feet high. These doors are overwhelmingly gigantic. Honestly its hard to get a grasp on just how big these doors are unless you’ve seen them with your own eyes. But, let us give you some fun facts so your brain can start imagining….

Imagine a door that is more than 150 feet taller than the Statue of Liberty! Now that’s an impressive door. There have been no known measured doors larger than that anywhere else.

These doors are used by NASA and they use automation to open and close. Opening one of these doors takes nearly 45 minutes from close to fully open.

Dreaming of doors, and anything else door-like, can be symbolic. If you read information about what different indicators in a dream mean, doors have their own special meaning. According to dream interpretation data, if you dream about a door, it is representation of new beginnings.

If you dream about a door that is locked, this could be a representation of an opportunity that you missed out on.

While this may not always be the case, we bet you think of this the next time you dream about a door.

Colorful doors are all the rage now. Who doesn’t paint their door to some standout color? It’s a great way to refresh a door or make it stand out.

This fad originally came from Ireland but many of us never knew the reason behind it. In Ireland, doors that were painted in color were actually an act of rebellion when Queen Victoria passed away.

It is said that citizens were told to paint their doors black but they actually painted them with bright colors to rebel against that ruling.

Another legend states that doors were painted bright colors so that the husbands of the wives who painted the door would be able to find the right door when they came home drunk.

Finally, do you know the oldest recorded door in history? The oldest known door that still stands is said to be located in the Westminster Abbey. This door measures 6.5 feet tall and 4 feet wide and is made of solid oak.

From all recordings, it is believed that this particular door is more than 900 years old.

There you have it! Interesting and entertaining facts about doors that we hope you found to be fun and informative. From historical information to fun facts and superstitions, the doors around us hold meaning all over the world.

What does your door mean to you?